The “ALESSI” brand offers you the best in high-end, industrially produced housewares with high quality design and manufacturing.

Alessandro Mendini was born in Milan in 1931 and graduated in 1959. He is an architect, artist, designer and design manager, theorist and journalist and began his profession at the Nizzoli studio.  In 1989 he opened the Atelier Mendini in Milan with his brother Francesco and continued his career as a sophisticated, pop designer. The key element is always a clever hybrid between art and design resulting in popular objects that achieve great commercial success.

Alessandro Mendini joined Alessi in 1977 while, under his guidance, Modo, a design and architecture magazine destined to make quite a stir over the following years, first started. Maybe the most post-modernist designer in Italy, he returned to design seriously in the 80’s, although his oldest and most famous item is from 1994 – the Anna G corkscrew. An instant success, the Anna family started to grow, including salt and pepper mills, bottle caps and kitchen timers. 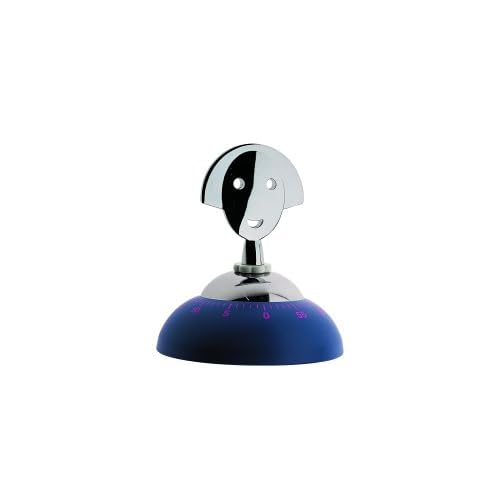 His output has been prolific recently with the Recinto in 1997, the Anna sugar and cream set in 2001, and the Alessi flame candlestick in 2002. Author of the research project Paesaggio Casalingo and other books, Mendini is Alessi’s official chronicler.